Manitoba Hydro’s first-ever woman CEO has been named a 2019 Chatelaine Woman of the Year.

Jay Grewal took on the Crown corporation’s top job on Feb. 4. She is the first woman to ever hold the position as company president and CEO.

Chatelaine magazine deemed Grewal one of 15 Canadian women deserving of recognition this year. She is among the ranks of Independent MP Jody Wilson-Raybould and 15-year-old Autumn Peltier, an advocate for clean water from Wikwemikong First Nation.

In a short profile on Grewal, the magazine cites her being a leader in the energy sector during a challenging time in the industry and during the province’s premature autumn snowstorm.

We’re entering what could be the biggest period of change for Manitoba Hydro since rural electrification after the Second World War," Grewal told Chatelaine magazine. "To be trusted to lead our organization at this time of unprecedented change is humbling. 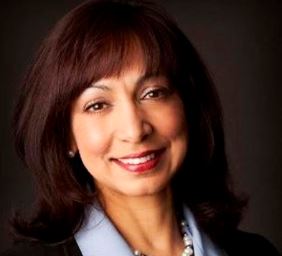