Manitoba Hydro doesn't expect to generate enough electricity this winter to meet its export budget, thanks to months of dry conditions across the Lake Winnipeg watershed.

The Crown corporation is trying to hold back as much water as possible to ensure Manitobans have enough electricity this winter.

But there won't be enough water flowing through the Nelson River to allow the province to meet its targets for exporting power outside its borders.

"In response to drought conditions, Manitoba Hydro is managing water in storage in Lake Winnipeg for energy security – to ensure reliable hydro-electric operations on the Nelson River can be maintained during the winter when all Manitobans depend on energy for home heating," Hydro spokesperson Bruce Owen said in a statement.

Even with recent rainfall and assuming normal precipitation for the rest of the year, the impact of below-average water flows is expected to result in less net extra-provincial revenue relative to our budget forecast.

Much of the Canadian Prairies experienced record low precipitation from the fall of 2020 through this summer. As a result, water volumes in rivers that feed Manitoba Hydro generating stations are well below normal — and in some cases sit at the lowest levels in 40 years, Owen said.

As a result, Lake Winnipeg — which Manitoba Hydro treats as a reservoir — is roughly two thirds of a metre lower than it was at this time last year.

'Worst fears are being realized' for cattle producers suffering amid drought: association president "Water levels are projected to slowly decline through fall before stabilizing this winter. This projection assumes normal precipitation over the drainage basin through to fall," Owen said.

"Customers should know Manitoba Hydro plans and operates its system knowing that drought can occur, so Manitobans can always rely on Manitoba Hydro for their electricity.

We're currently taking action to conserve reservoir storage to ensure a reliable energy supply for our customers and mitigate any financial effects of the drought on our finances.

The Crown corporation could not quantify the financial shortfall. More details will be published in Hydro's first-quarter report, due in several weeks, Owen said.

Crown Services Minister Jeff Wharton said in a statement the provincial government will work with Hydro to keep hydro rates from spiking.

'The perfect rain' helping Manitoba pastures, but still not enough to end drought

The Crown corporation can expect to be in this situation more frequently in the years to come, as climatologists expect droughts on the Canadian Prairies will become more common.

Less precipitation during the summer and warmer temperatures are contributing factors, said University of Winnipeg geography professor Danny Blair, the co-director of the Prairie Climate Centre.

"It is impossible to say whether we have already entered an era in which droughts will occur more frequently or be more intense, but given their importance, it would be wise for us to think about how we might attempt to reduce their impacts," Blair said via e-mail.

Especially the impacts of droughts that last for more than one year. 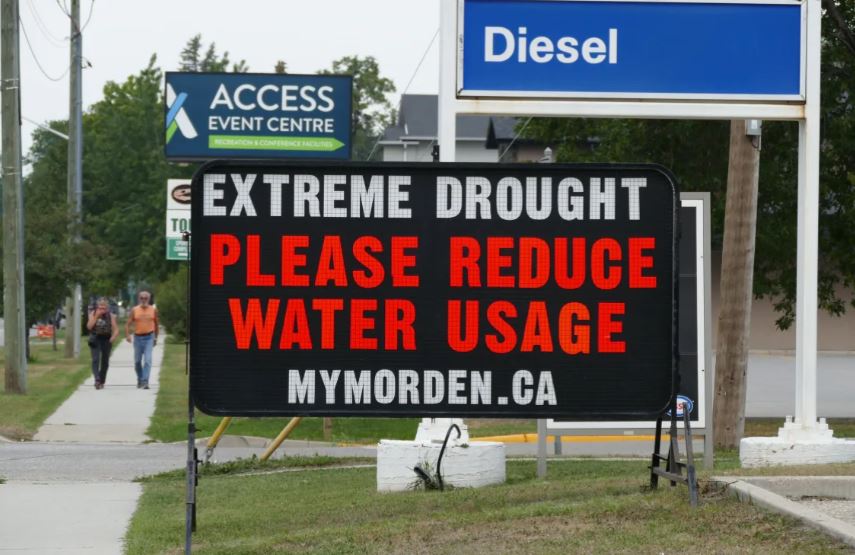