Edward Kennedy new Chair of the Manitoba Hydro Board

Earlier this month, the province revoked the appointments of Marina James and Randy Williams as chairs of the Hydro and MLL boards, respectively.

In their place, the Tories have installed Edward Kennedy, former chief executive officer for the North West Company, as chairman of Manitoba Hydro, and Bonnie Mitchelson, a former PC MLA and cabinet minister, as chairwoman of MLL.

In an interview, James said her departure from the board was planned, after coming into the role under the "most unusual circumstances" four years ago.

James, CEO of the Winnipeg Regional Real Estate Board, became the Hydro board’s first chairwoman following a mass resignation by members over an inability to meet with then-premier Brian Pallister and his cabinet.

As she hands over the reins to Kennedy, she said the relationship between the board and government is positive, with a direct reporting relationship with Finance Minister Cameron Friesen (who is responsible for Hydro).

"As usual, we have to plan our approaches from our perspective and their perspective, and we work together very collaboratively, and collegially," James said.

We’re well-poised to work together with all Manitobans and major power groups, along with Indigenous stakeholders, for a better future for everyone," she said. "Now it’s up to Edward Kennedy to put in as much sweat equity as I did.

Kennedy assumes the role as lawmakers are set to debate a contentious bill proposing substantial changes to Hydro and the Public Utilities Board.

If passed, Bill 36 would require electrical rates to be set for a three-year period beginning March 2025, legislate ambitious debt-to-capitalization ratios for Hydro, and cap annual increases to rates at five per cent or the rate of inflation, whichever is lower.

A group calling itself Protect the PUB Coalition has formed in opposition, arguing it would strip the regulator of its oversight role and drive electricity rates beyond what Hydro requires.

According to government, the bill would protect ratepayers from inflationary increases and stabilize the Crown corporation’s finances.

Hydro’s debt will be a major challenge, but one that can be effectively resolved for the benefit of residents and ratepayers, Kennedy said. "It’s the kind of issue, as serious as it is, we need to direct our energy to solving it, no pun intended."

As a self-described "neutral outsider" joining the board, Kennedy said he hopes to bring together divergent views to find the appropriate balance towards driving down the approximately $23.5-billion debt.

We don’t know that balance yet or it would have been solved by now, but it is on the front burner," Kennedy said. "I think there could be a very good outcome in terms of fairness and equity and understanding.

However, NDP critic for Hydro Adrien Sala said he does not expect the new board to stand up to the government "and fight for affordable Hydro."

"The PCs have raised Hydro bills by hundreds of dollars since taking office and sold off parts of our Crown, all while using every trick in the book to avoid public scrutiny and accountability," Sala said in a statement.

We know this government wants to eliminate the PUB and set rates at the cabinet table — and this new board will do nothing to stop it.

Meanwhile, University of Winnipeg associate professor of political studies Malcolm Bird said the change in leadership will likely revitalize governance of the corporations in anticipation of proposed legislation becoming law. The appointments are the first major changes to the boards since Premier Heather Stefanson was sworn-in in November.

"This is a part of an ongoing, modernization, commercialization of state-owned enterprises that’s very healthy and very normal," said Bird, who studies Crown corporations.

The Tories have also chosen a "trusted, loyal" person to serve as MLL chair, as efforts to reform liquor laws and expand private sales continue with Bill 42 (to also be considered by lawmakers this fall), he said.

Mitchelson was MLA for River East between 1986 and 2016 and a cabinet minister under premier Gary Filmon.

"She’s been a loyal MLA for a long time, is there to be the conduit between the government and the board," Bird said.

As chairwoman, Mitchelson said her role will be to ensure the corporation remains socially responsible and generates revenue for the government while supporting changes at MLL, if Bill 42 become law.

The proposed legislation would allow existing beer vendors and specialty wine stores to sell products offered through MLL and provide the framework for other retail locations to sell alcohol as part of a pilot program.

"I’ll be there to support government’s wishes, as far as any new legislation that might be introduced that might impact liquor and lotteries," Mitchelson said.

It will be our responsibility as a corporation to look at what government’s direction is and maximize the business model. 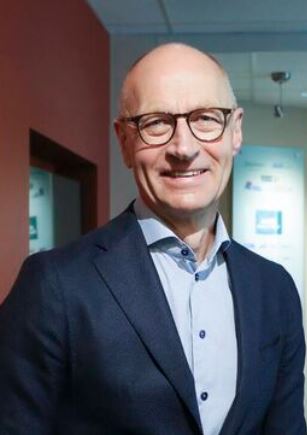