The Short List of Climate Actions That Will Work

I spend a lot of time critiquing solutions for low-carbon transformation, and that leads, inevitably, to people asking me: what works? What should we be doing? Most recently, that came in the form of a question on Quora that was well enough formed to trigger me to write down the solution set: “What exactly is the current scientific consensus on steps to combat climate change?“

Consensus is an interesting word. I tend to prefer consilience, where multiple lines of investigation lead to the same conclusions. That said, the following are the solutions or approaches that I see from my investigations and discussions as gaining consensus and consilience. It’s not the how, but the what. There are many paths that lead to these realities. One way to read the following is to consider that it describes the world in 2050.

This list doesn’t necessarily map easily to Project Drawdown because its approach is a cost benefit analysis of CO2e reductions for dollars, while this is a more aggressive transformational vision

We have the solutions. We just need the will to execute, which is being sapped by the losers in this necessary transformation, predominantly the fossil fuel industry. 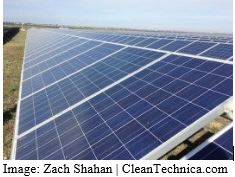