This is a very, very big deal for Manitoba

An important first step was taken on Thursday for Manitoba to aggressively insert itself into the global supply chain for lithium ion batteries, a product that is in red hot demand from vehicle manufacturers around the world.

Snow Lake Resources (which does business as Snow Lake Lithium) has a significant lithium deposit near Snow Lake and is aggressively working through the environmental, engineering and metallurgical details to get a producing mine up and running.

The deal contemplates Snow Lake Resources providing LGES with enough lithium to produce 20,000 tonnes of lithium hydroxide per year for 10 years with production beginning in 2025.

The construction of a mine in Snow Lake and a processing plant — that’s contemplated to be located at the CentrePort Rail Park — will require north of $1 billion in capital investment, which would make it the largest capital project in the province since Manitoba Hydro’s Keeyask generating station.

Philip Gross, the CEO of Snow Lake Resources (SLR), said, “This is a very, very big deal for Manitoba and Canada. LG has a hugely aggressive strategy on the whole battery manufacturing ecosystem that they are deploying in North America. To be part of that is huge.”

The opportunity does not seem to be lost on the Stefanson government.

Premier Heather Stefanson was in Toronto on Thursday at the signing of the MOU, along with several officials from Seoul-based LGES and a senior South Korean cabinet minister.

Early Thursday evening Stefanson tweeted, “Lithium is a critical mineral needed for the EV industry & Manitoba has it. Congratulations to Snow Lake Lithium & LG Energy on their MOU. Manitoba is open for business!”

Cliff Cullen, Deputy Premier and the Minister of Economic Development, Investment and Trade, said along with world class lithium deposits and other natural resources needed for the massive undertaking of electrifying the world’s energy demands, Manitoba also has inexpensive, green energy, an excellent transportation network and a secure, educated workforce.

“Manitoba is set up extremely well to assist in this global effort towards decarbonization,” he said. “Clearly, we are very excited about this.”

There is a lot that has to come together to turn this MOU into an official partnership, but the engagement of a company like LG is significant. The company, which has been in the battery business since 1992 — and represents close to 30 per cent of the global battery market — has recently embarked on a massive build-up of its manufacturing capabilities in North America and elsewhere.

“LG is exactly the kind of partner we have been looking for,” said Gross.

In March the US$15.6 billion company announced a $5 billion joint venture with auto maker Stellantis to build a battery plant in Windsor, Ont. It has other major projects of that scale in the works.

In addition to the deal with Snow Lake, LGES also signed agreements with two other Canadian natural resource providers on Thursday.

Youngsoo Kwon, CEO of LGES, said in a prepared statement, “As we have recently announced our mid- to long-term strategy to focus on North America, the fastest growing EV market, these partnerships serve as a crucial step towards securing a stable key raw material supply chain in the region.”

With auto manufacturers committing to dramatically increasing their EV offerings, there is a world-wide scramble to secure the supply chain. It has been estimated that Tesla’s projected growth alone will exhaust all current lithium supply.

Chris Beaumont-Smith, of CBS GeoScience Ltd., a mining consulting firm, said although SLR has not yet even completed its feasibility study on the mine, it is not too early to be thinking about partnering in a processing facility.

He said he is aware of the deposit and said, “They have something big enough to build a mine on.”

In addition to the technical work towards setting up a mine, engineering work is already taking place on the lithium hydroxide plant and could be built simultaneously with the mine.

SLR shares closed up 38 per cent on very heavy trading on Friday. There are close to a dozen lithium exploration projects going on in Manitoba right now and industry sources said the establishment of a lithium processing plant in Winnipeg will also spur on the rest of them. 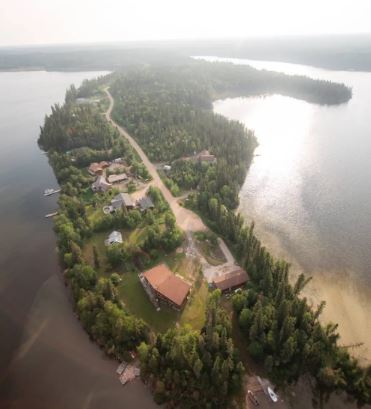